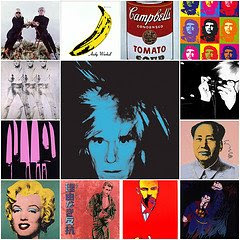 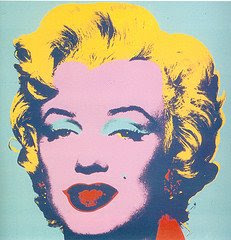 One of Andy Warhol's famous prints of Marilyn Monroe. He started making prints of her in 1962 soon after she died.
Andy Warhol is the artist known to have characterized the philosophy that there isn't a distinction between fine arts and commercial arts. Attributing the word "art" to magazine illustrations, comic books, record albums, advertising campaigns etc. is done now because of this perception Andy Warhol illuminated. He once said, "When you think about it, department stores are kind of like museums. "
Today, the Andy Warhol Museum can be visited in his hometown of Pittsburgh, Pennsylvania.
Andy Warhol, 1928-1987