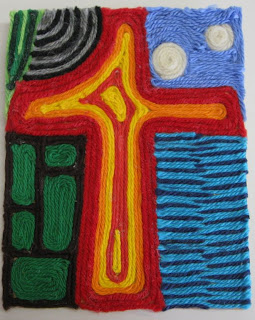 Here's a "cultural art" lesson my students recently completed.....it's called "Yarn Painting".
This lesson idea came from a textbook called ARTTALK by Rosalind Ragans. The Huichol people live in Central Mexico and are known for their bright colorful yarn art. When creating their yarn paintings they cover a board with hot melted wax, then adhere the yarn before it dries. Sometimes they also use tree sap instead of wax for adhering the yarn. Needless to say we didn't have the time to gather tree sap, and I believe I would've had a student mutiny on my hands if I told my students we'd be doing the project the authentic way. So instead we used glue.

Also, instead of paying tribute to various gods of nature as the Huichol do, we used Christian symbols in our art.

Ours are done on boards that I had from a leftover project years ago, but cardboard would also work fine. Remind the students often that the goal is to cover the entire background with yarn. Also suggest to your students that they use a paperclip for sometimes tapping the yarn down into the glue, rather than their fingers all the time.
These were done by high school students, but younger students could do this project too. I would make their boards approx. 4x6" - ours were bigger. 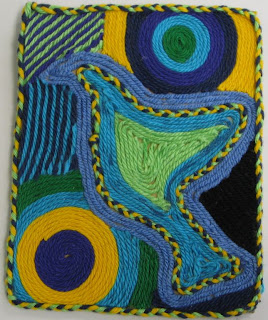 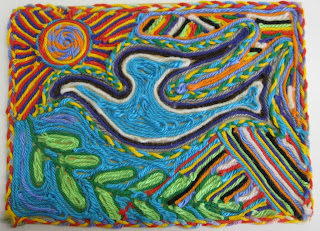 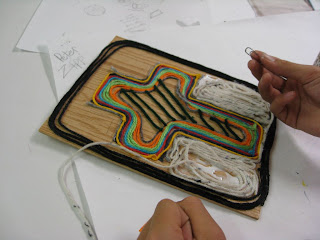 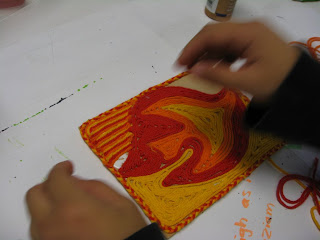 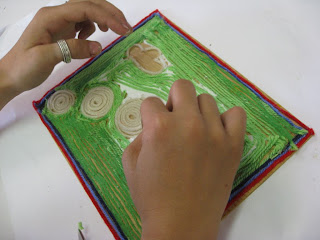 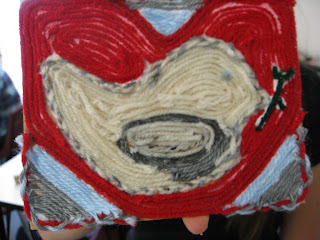 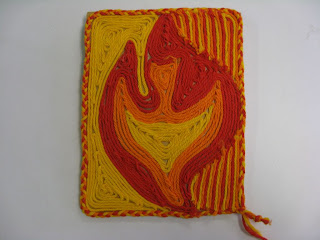 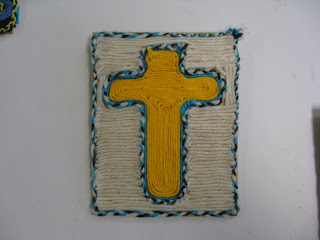 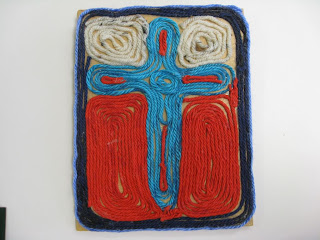 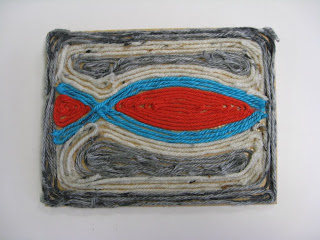 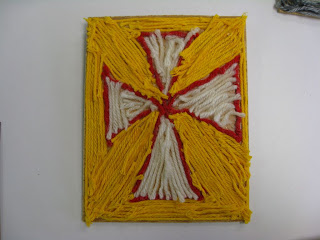 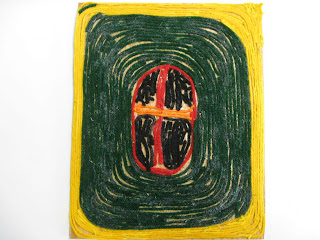 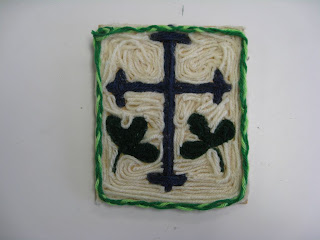 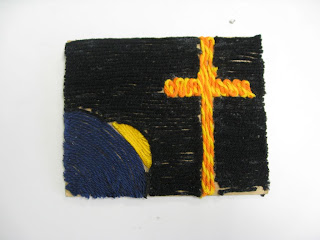 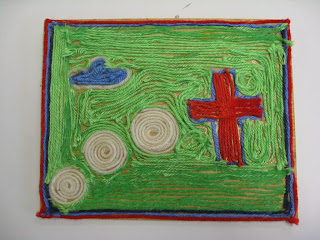 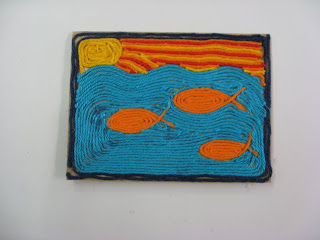 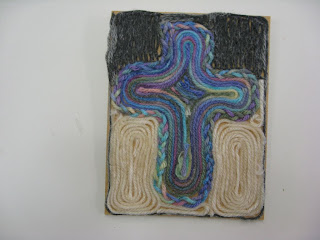 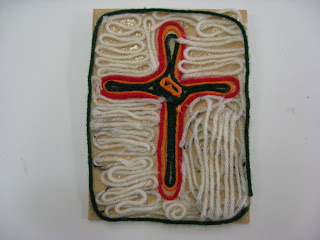 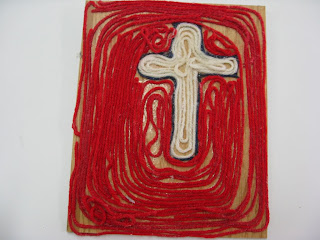 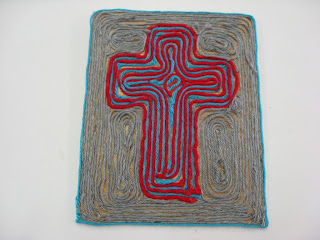 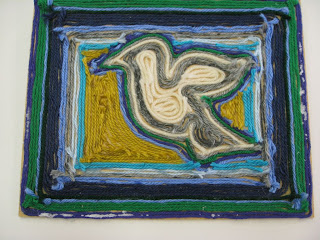 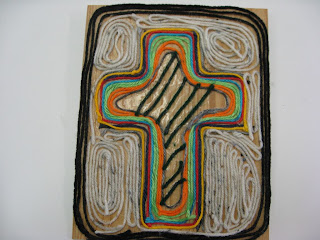 BIG Thanks to North County Christian High School students for their awesome effort!

What a nice project using an unusual medium!

Beautiful pieces. I hope you don't mind, but I put you on my blog list at www.thepaintedapple.blogspot.com

Thanks Nena, just visited your blog, it's wonderful.....keep posting!

Nice, I've been looking at the art of these creative people and wanted to do a yarn painting with my class. Isn't it funny that I happened upon this today? Good advice for my class to use. Thanks!

I’ve always loved the huchicol yarn painting. I’ve done it for 3 years now with my students. We use a permanent self adhesive foam core board that I precut into squares that they create on with embroidery floss. Using a popsicle stick to push it into the adhesive I have found this method to be far less mess �� same great outcome! Totally gonna steal the Christian symbols thing for next year! Love it!